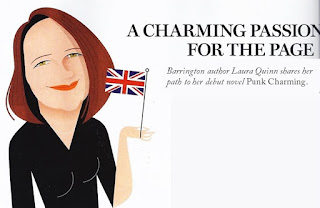 Laura Quinn was born in Chicago, IL. She grew up in the awesome decade of the 80s, with spiked hair, rubber bracelets, and several pairs of fingerless lace gloves and Doc Martens. Her record collection (yes, vinyl records!) included everything from ABC to Wham!, with plenty of Duran Duran. The sparks of an idea for Punk Charming, Quinn's debut novel, came to her while studying in Oxford in '86.

The ingredients for Quinn's Pawtisserie Mysteries series are also a mix from her childhood. She learned to bake at her grandmother’s side, a skill that came in handy when Quinn welcomed her paw-ticularly fussy Eurasier. Her hand-crafted dog treats went Hollywood when they were selected to be included in the 63rd Annual Golden Globe Awards® Presenter’s Package. Quinn’s grandmother also inspired her love of mysteries, from reading the complete collection of Agatha Christie’s books to watching Murder She Wrote together on Sunday nights.

Quinn studied writing at The Graduate School of Northwestern University and earned her Master’s Degree from the University of Chicago. Although she earned her Private Investigator training certificate, crime-solving adventures are confined to the pages of her books. She is well-trained, and often outsmarted, by her beloved dog and cats. She is working on the next book of her Pawisserie Mystery Series as well as the sequel to Punk Charming. 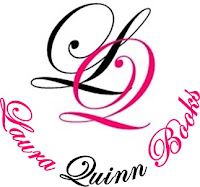